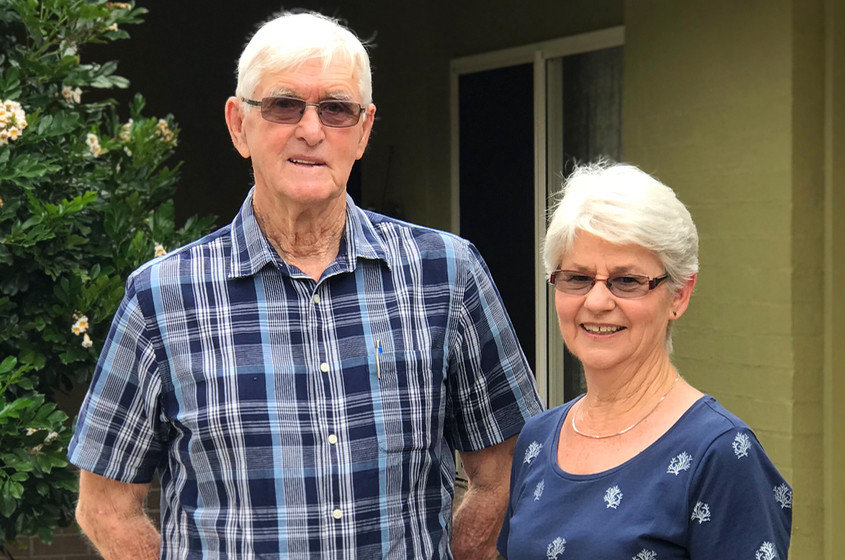 The villas are nice and the people are friendly

"The villas are really nice and the people are friendly.  There's lots to do if you want to do it, but you don't have to do anything, you can really just do whatever you like.  We've been here 18 months.  It's a very quiet area, you never hear your neighbours.  We like that there are lots of trees and it's near the farmland (we have a farming background) and you just catch the ferry and get across to Bunnings".

Better than we expected

"Julie and I arrived here in early 2011 just after the Big Flood and we were fortunate in that we knew five people who were already residents.  So we had a reasonably good idea of how Sugarwood operated.

What impressed us at the time was the standard of the facilities and the enormous effort by the members of the Body Corporate and the Community Club Committees who were doing an outstanding job of managing the facilities while much of the development was still incomplete.  We consider that residents' support of these elected committees and the Committees' rapport with the residents makes a very big contribution to the success of the complex.

We've all arrived here for different reasons - heath issues, downsizing, less housekeeping, getting away from the rat race and so on - but like other residents, we soon adapted and found new friends and socialised generally.  We soon became involved in a number of the committees, organised clubs, interest groups, special events and other recreational activities.  We also found it convenient that there is a bus service, a licensed club, a tavern, a swimming pool and a shopping complex within walking distance.

We are glad that we downsized and moved into the complex.  It has benefited our lifestyle in that we have more friends than before and that the facilities are as good - or even better - than we expected, and superbly maintained". 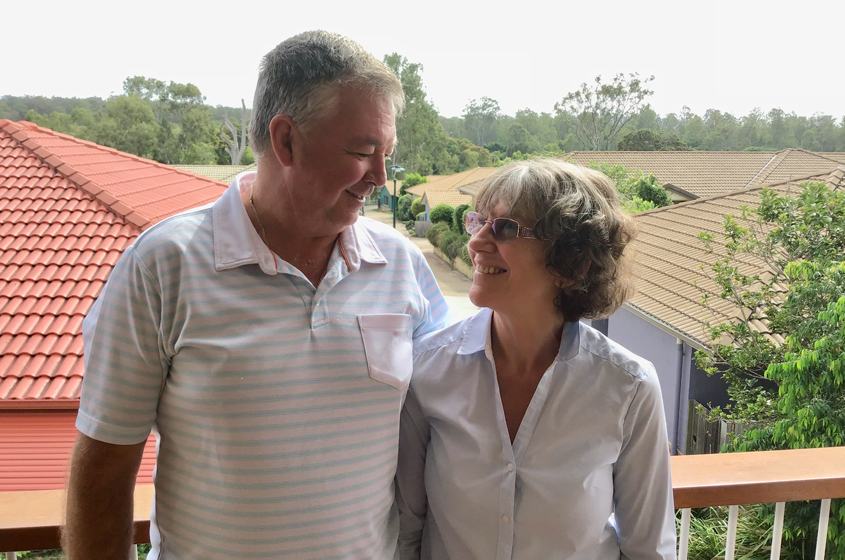 "When Pam and I had to make some decisions because of health and life style, we realised our existing home at Karana Downs was not suitable. We both still work and decided to downsize to an apartment but stay in the area. Sugarwood Villas was the perfect fit. The large spacious rooms was the deciding factor along with our property being looked after by well-organised caretakers.

We have more time to spend with our grandchildren now and as we head towards retirement we look forward to be able to be a larger part of the active community here".

"After more than 10 years at Sugarwood Grove, we still love to hear the happy chatter of residents when they meet collecting their mail or papers, walking their dogs or simply strolling around the complex.

It's comforting to know that residents take an interest in each other's welfare and are happy to help if needed.  It also means that when we visit family living overseas or go away on an extended holiday, there are residents 'keeping an eye' on our abode.

With only 80 villas (around 120 residents) and a wide range of activities and pastimes, providing perfect opportunities for social interaction, it's not too difficult to get to know everyone in the complex by name (apart from the 'senior moments' which occasionally happen!).

All in all, we're very content with our decision to move to Sugarwood Grove".

Freehold title sealed it for me

"Returning to live in Brisbane after 40 years absence, I found the village lifestyle of Sugarwood Grove Garden Villas suited me perfectly. The gardens and the layout are immediately appealing. I have the advantage of company and activities to participate in, as well as the privacy in my own home. But the unique selling point was the freehold title, an absolute must for me, sealed my decision to buy. It was the right decision and one I have never regretted”.

A hidden gem in a niche market

“ In our 6 years of living at Sugarwood Grove my wife and I have really appreciated the tranquillity, security and friendliness of the residents. We look over the adjacent park with tall trees, green grass, fascinating birdlife, a small lake with people strolling by. The men’s shed has been a blessing. I have been able to indulge in my love of woodwork. Sugarwood Grove is a gem!"

Your choice, right now, for a better retirement lifestyle.